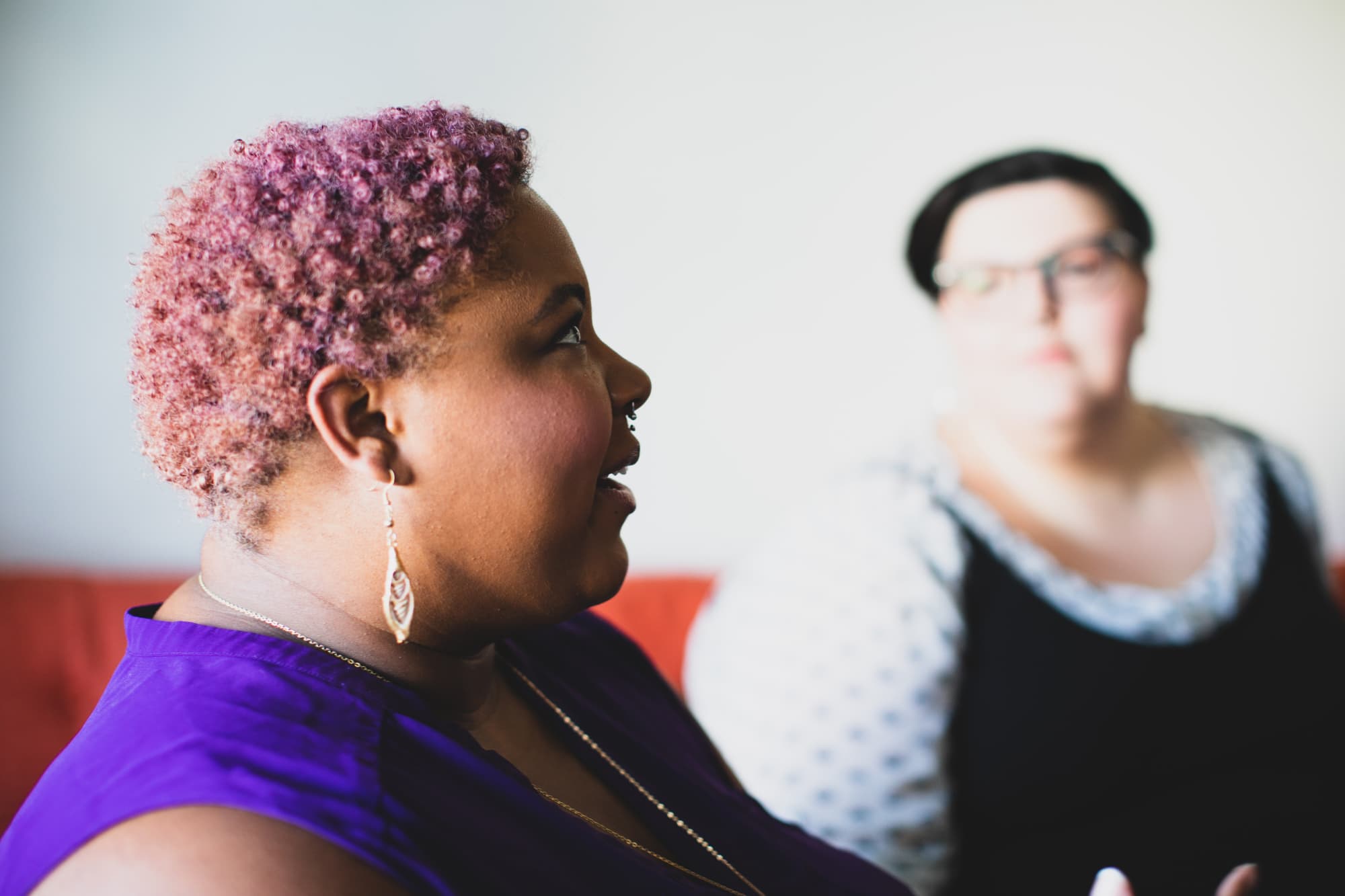 Cognitive Behavioral Therapy at Within Health

What is Cognitive Behavioral Therapy?

Cognitive behavioral therapy (CBT) is a type of psychological treatment that involves talking about a recurring problem with a trained mental health therapist. Sometimes called “talk therapy,” this method is often used to address the challenges behind complications like depression, drug and alcohol use, anxiety disorders, and eating disorders.

The goal of CBT is to help patients recognize both their challenging behaviors and the unhelpful thought patterns they stem from. Once a pattern is recognized, the therapist will work with the patient to help instill different problem-solving skills, allowing the patient to manage, and eventually, overcome these patterns of disordered eating.

The overall idea underpinning cognitive behavioral therapy is that these difficult behaviors and thought patterns are learned, and , with help and persistence, can be unlearned and replaced with healthier strategies for dealing with life’s stressors.

How to Treat Eating Disorders with Cognitive Behavioral Therapy

According to the American Psychiatric Association, eating disorders of all types affect nearly 5% of the population. (1)

Cognitive behavioral therapy has long been used as a way to help people struggling with eating disorders, and some studies support the idea that the method can be very effective.

How are Eating Disorders Treated with Cognitive Behavioral Therapy?

The fifth edition of the Diagnostic and Statistical Manual of Mental Disorders (DSM-5) recognizes four broad types of eating disorders: anorexia nervosa (AN); bulimia nervosa (BN); other specified feeding or eating disorder (OSFED); and binge eating disorder (BED). While they may manifest differently, they all have a core issue in common: the over-importance placed on shape, size, and weight and disordered patterns of eating.

When used to treat eating disorders, cognitive behavioral therapy focuses on dismantling this central belief and the processes used by patients to maintain their condition.

This is often done by having the patient complete certain tasks at home, including: (2)

Other methods are used to replace unhelpful thought patterns—such as the “all or nothing” mindset behind many eating disorder cases—with more nuanced or long-term perspectives. Patients practice with games, puzzles, and other exercises to help instill these new views. (3)

Patients are also given a psychoeducation to help understand the causes of their condition. This allows them to better recognize signs of their unhelpful thought patterns and gives them a better chance to prevent relapse through intervention.

What to Expect in Cognitive Behavioral Therapy?

Cognitive behavioral therapy is a structured form of psychotherapy, typically involving a number of sessions over a number of weeks. The sessions can be one-on-one or take place in a group setting. Specific goals are also set at the start and worked toward through a series of in-office evaluations and at-home “homework” assignments.

During the initial meetings, therapists talk to patients about their specific concerns, as well as their mental and physical health history. It may take several sessions for a therapist to get a handle on all the specifics of the case.

As time goes on, the sessions will focus more on four major goals: (2)

A number of methods are used in unearthing and changing these cognitive patterns. One example is “homework assignments.” Patients are asked to try certain things at home, as tools to reinforce realizations, break unhelpful patterns, or instill new problem-solving strategies.

At the end of the session (typically 20-40 weeks but can be longer), patients are once again evaluated by their therapist, and a future course of action is decided, based upon their progress.

Much like “eating disorder,” cognitive behavioral therapy is an umbrella term.

There are many different variations on CBT. While all are centered around the idea that learned behaviors and thought patterns can be changed for the better, they use slightly different approaches to achieve that goal.

One popular method is called acceptance and commitment therapy (ACT). Like its name may suggest, this form of CBT involves a patient learning to accept their thoughts for what they are, rather than feeling guilty for them. Paired with other mindfulness-based teachings, ACT also stresses the need to commit to a problem head-on, rather than running away from or avoiding it.

Cognitive remediation therapy (CRT) is another commonly employed form of CBT. It’s a group of exercises that help patients reinforce new thinking patterns and problem-solving skills, using games, puzzles, and other brain-building routines. CRT also gets patients to recognize the importance of the process, rather than the content of their thoughts. (4)

Many therapists have also started using a version of CBT called enhanced cognitive behavioral therapy (CBT-E). This method has been adapted to address the similar underlying issues at play in most eating disorders. CBT-E also focuses more on addressing outside obstacles that could prevent a patient from getting better. (2)

Many of these methods are more effective in tandem, and it’s not unusual for therapists to use several different CBT approaches with the same patient.

Approximately one-third (33.8%) of patients with anorexia nervosa, 43.2% with bulimia nervosa, and 43.6% with binge eating disorder sought treatment at some time in their life, according to a poll by the National Comorbidity Survey Replication. (5)

But how effective is CBT in particular?

What are the Benefits of CBT?

Originally developed to help treat depression, cognitive behavioral therapy has been used for eating disorders since the 1970s, with many found benefits.

First, the method is structured, giving patients a clear idea of what they can expect, from the amount of time they must dedicate to treatment to overall goals. This format also makes CBT easily adaptable, and it can be administered in group settings, one-on-one, or even as a self-help guide.

The sessions can span around 20 weeks—a much shorter timeframe than many other therapeutic methods. Interpersonal psychotherapy, for example, can take as long as 13 to 17 months to achieve the same results as CBT. (2) But treatment can also continue for a much longer time period, as eating disorders are complex conditions that often go unrecognized for years. In many cases, eating disorders may take years to treat, and recover from.

Cognitive behavioral therapy aims to redirect the type of thinking that allows unhelpful behavior to continue. In particular, the methods ACT and CRT employ have been found to enhance something known as cognitive flexibility—an underlying issue in many eating disorders. (6)

Adults struggling with bulimia nervosa and not otherwise specified (NOS) eating disorders have responded particularly well to CBT practices. In fact, cognitive behavioral therapy is considered the leading evidence-based treatment for bulimia nervosa by some. (7)

What are the Limitations of CBT?

CBT’s structured nature is not for everyone, especially those with more complex or overlapping issues. The homework portion of the therapy is also not a great tool for every individual, as some people may find it burdensome or live in an environment that makes completing the tasks difficult.

Cognitive behavioral therapy also embodies the old adage that says, you can bring a horse to water, but you can’t make them drink. While it’s possible to point out to patients the mechanics behind their emotional reactions and behavioral patterns, change will only happen if and when the patient is ready to embrace it.

This is why traditional “talk” therapy treatment approaches may not work for some people. As its name suggests, CEBT is very cognitive in focus, with emphasis placed on the mind, thinking, and talking. This is sometimes referred to as “top-down” therapy.

But there are many other types of therapies that focus on the body, the senses and feelings–or “bottom-up” processing–that can be effective when talk therapy “hits a wall.” These include art therapy, dance, movement, or yoga therapy, eye-movement desensitization and reprocessing (EMDR), somatic experiencing therapy.

Sometimes called alternative therapies, these modalities can help patients explore feelings and memories that may be buried or deeply entrenched beliefs that traditional talk therapy may not be able to access. These body-focused methods can be more effective in treating emotional, physical, and sexual trauma, which can play a significant role in the development of eating disorders. This type of care is sometimes referred to as “trauma-informed” care.

There has also been some dispute over CBT clinical trials. While it is widely regarded as an effective practice, some in the psychiatric community have argued that CBT clinical trials have been small and less diverse than other studies. Results of these studies have also compared CBT treatment against no treatment at all, or forms of “pseudotherapy,” rather than other forms of psychotherapy, others have noted. (8)

Results for CBT-E proved even better in a 2015 study, where it was compared against interpersonal psychotherapy (IPT). (10) Within the CBT-E group, 66% of patients were considered in remission by the end of their 20-week session. Just 33% of the IPT group reached that point at the 20-week benchmark.

And a 2018 review of CBT-E found the method to not only be effective for curbing bulimia nervosa, but also much more cost effective for patients, versus psychoanalytic psychotherapy. (11)

Cognitive Behavioral Therapy at Within Health

At Within Health our clinical care team incorporates CBT into many of our treatment programs, and group therapy sessions. Our team will work with you to get to the core of understanding the connection between your thoughts, emotions, and behaviors, and how they each influence your relationship with food. We will also help you identify better coping skills, particularly for managing any underlying mental health conditions, like depression or anxiety. Our clinicians apply a trauma-informed approach to treating people with eating disorders, as we understand the interconnectedness of trauma in the disordered eating space. We offer clinically-superior compassionate programs built to suit the needs of each individual client.

‍
All of the programs, and group therapy sessions offered at Within Health happen remotely, as we provide virtual care programs. If you’d like to learn more about how we apply CBT principles in our treatment of people with eating disorders, as well as the benefits of compassionate care, please call our clinical team today. 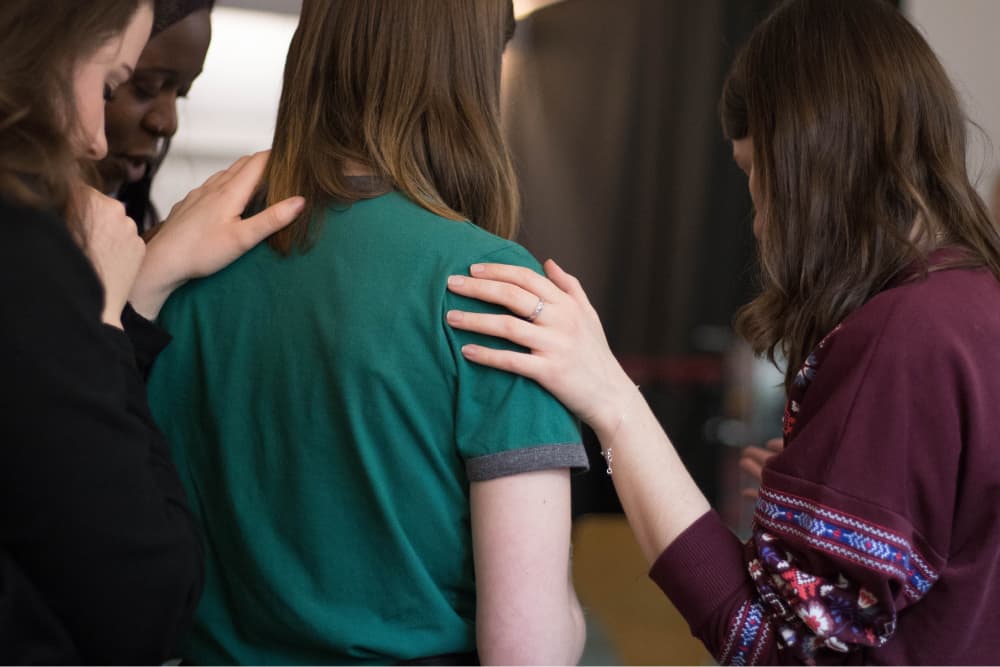 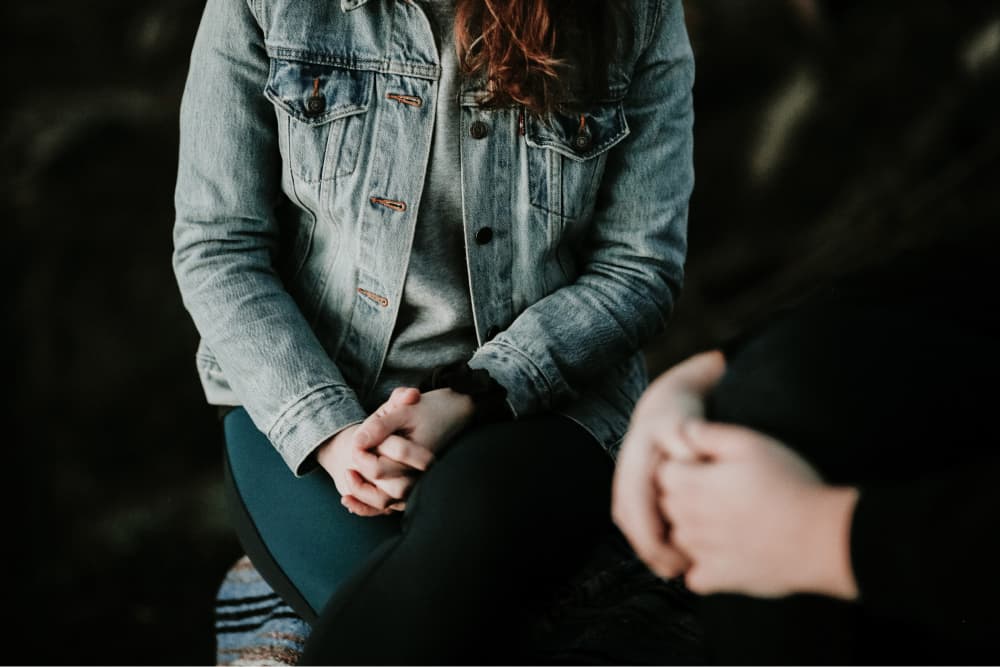 Examining the Effectiveness of the Maudsley Approach to Treatment for Anorexia 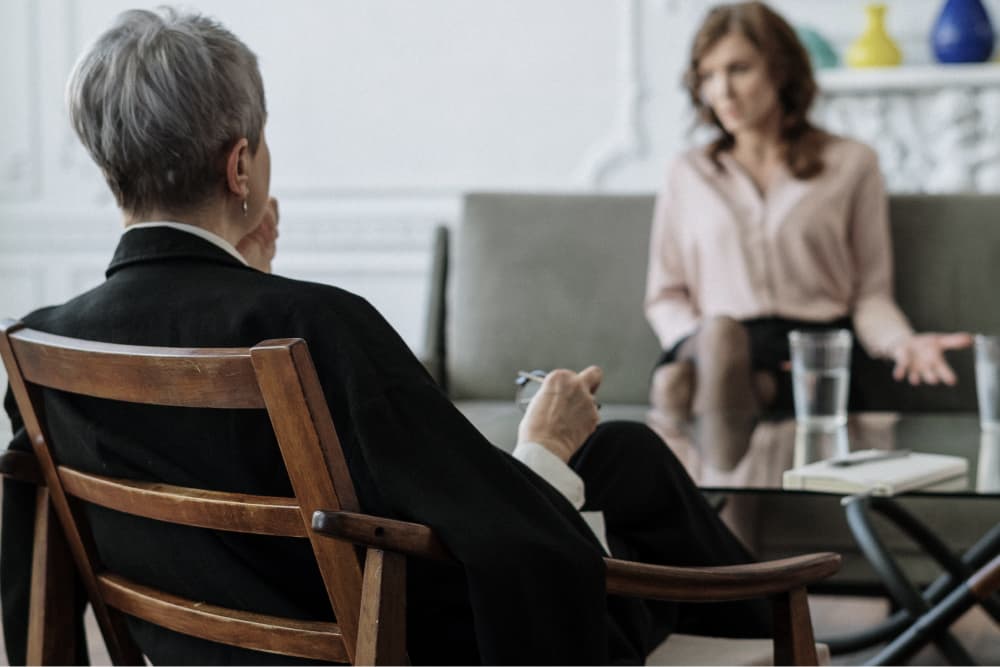 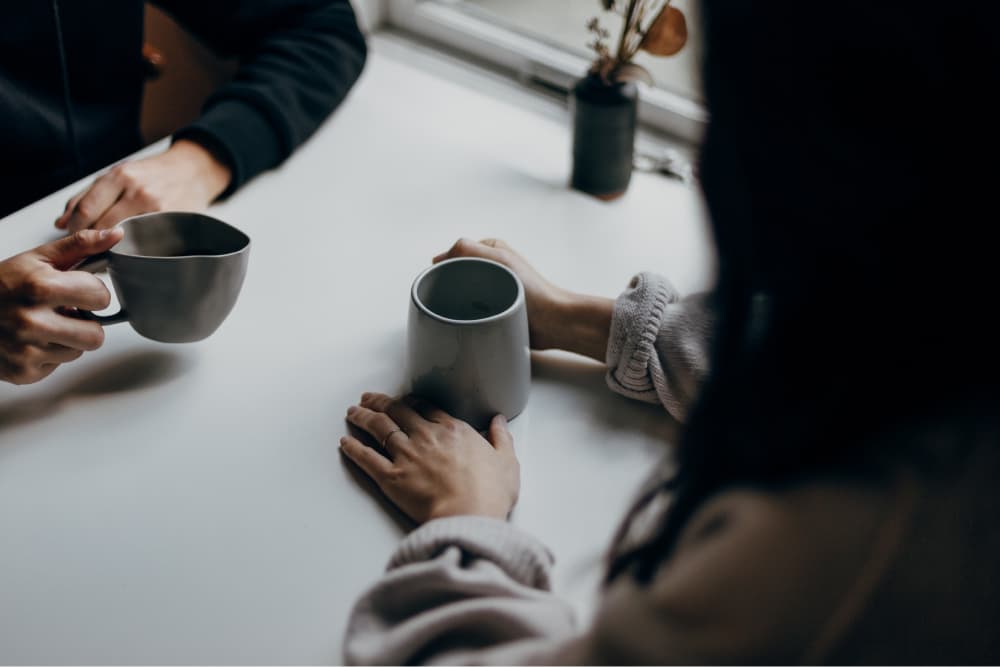 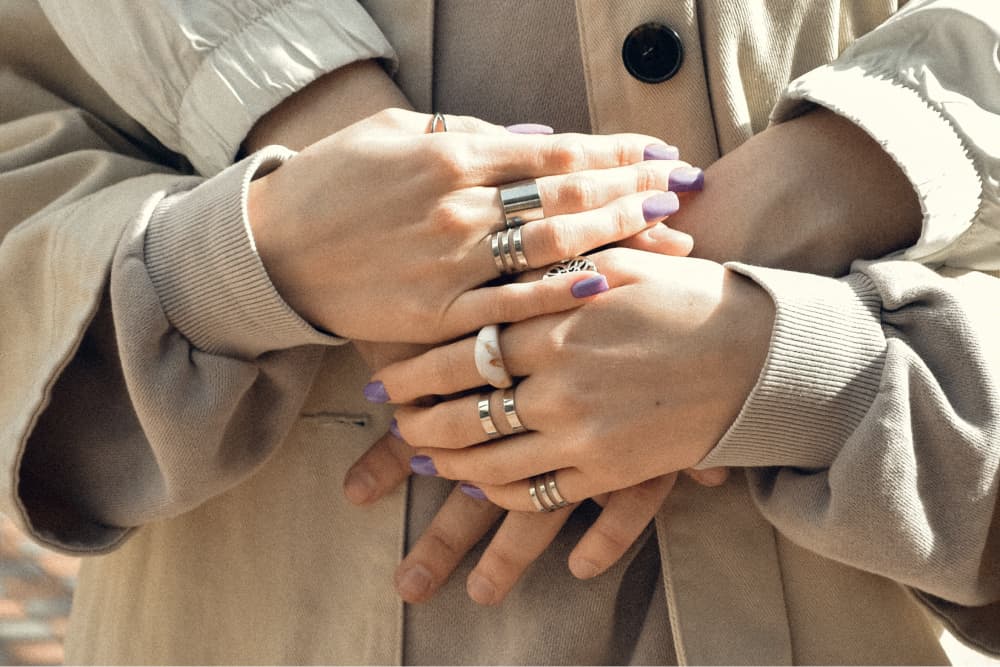 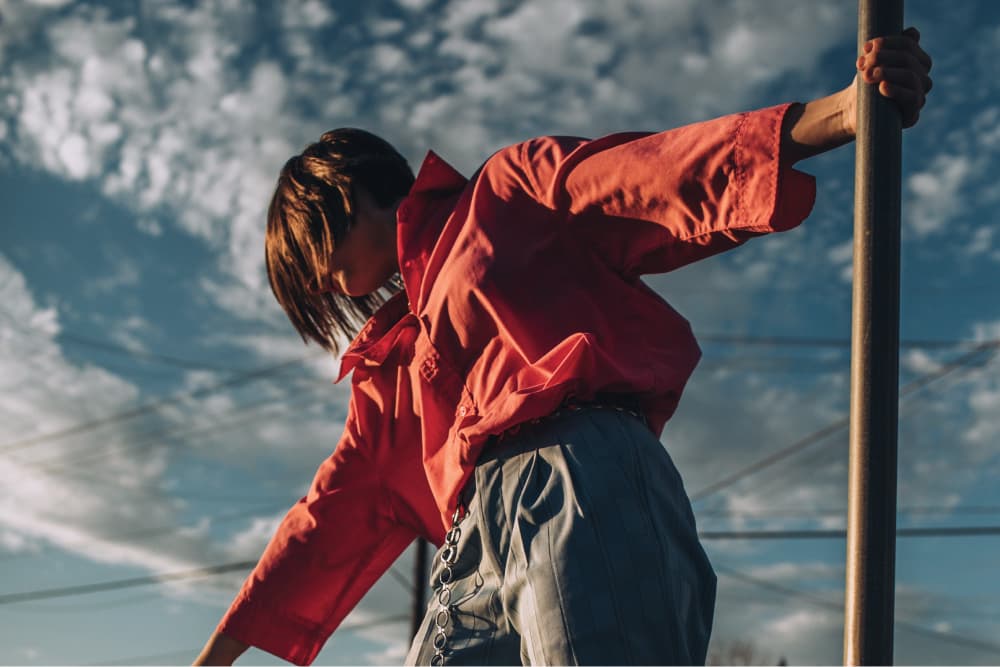 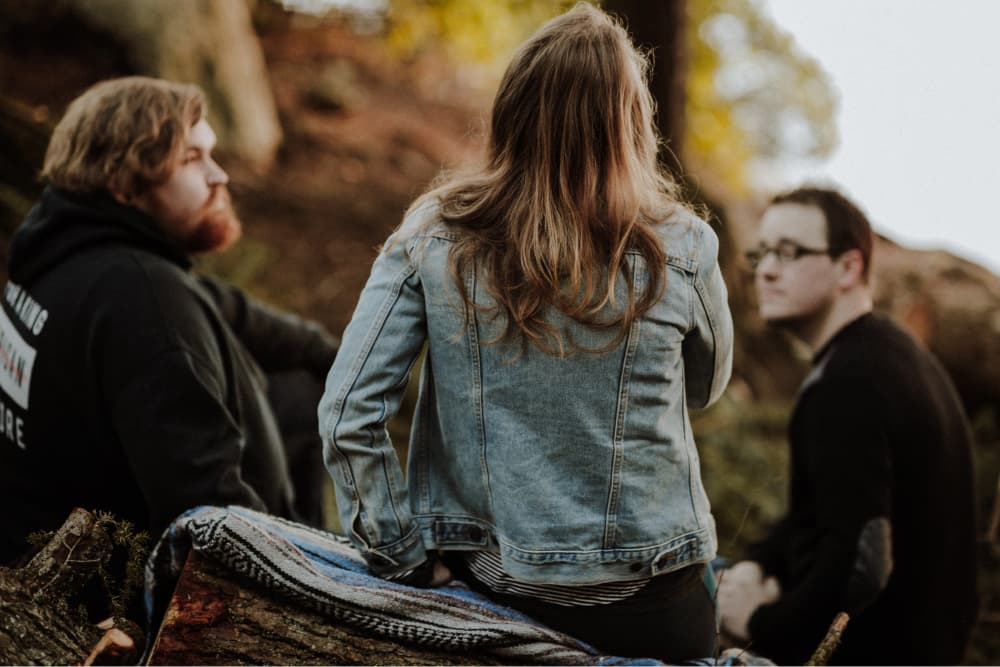 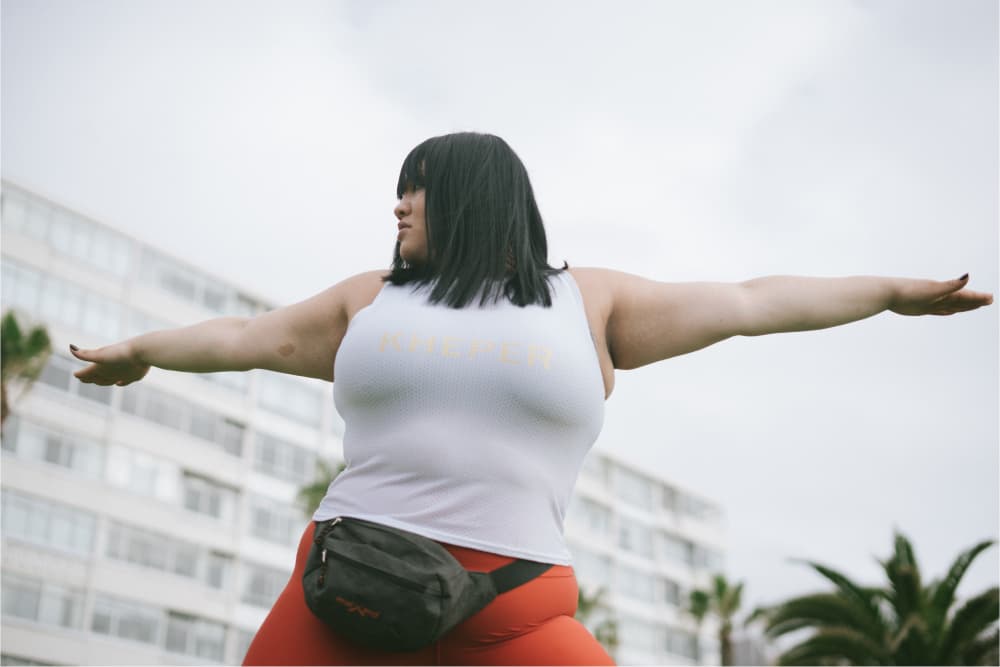 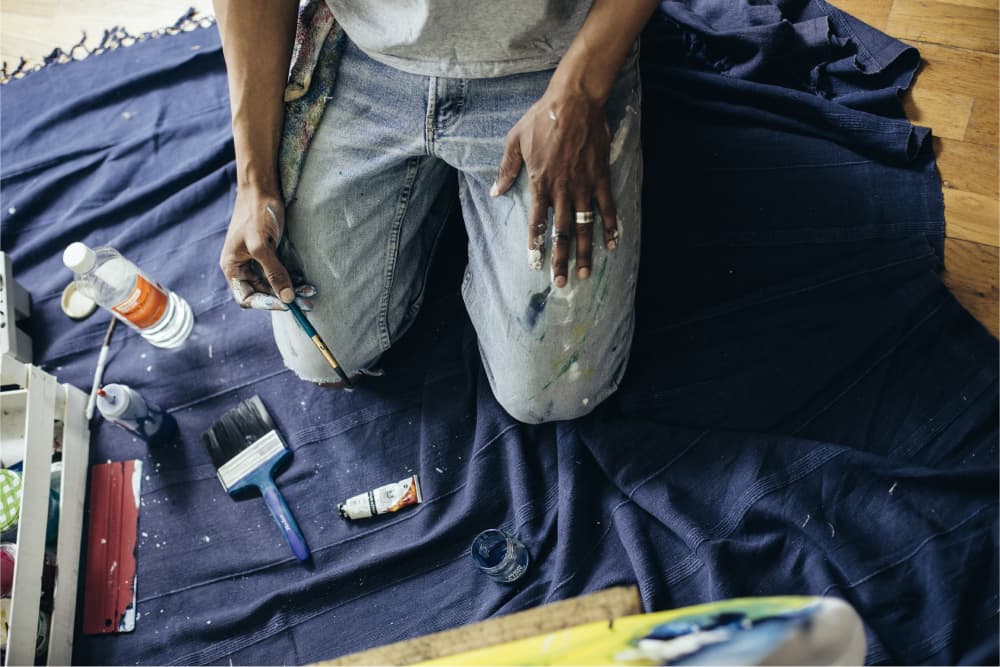 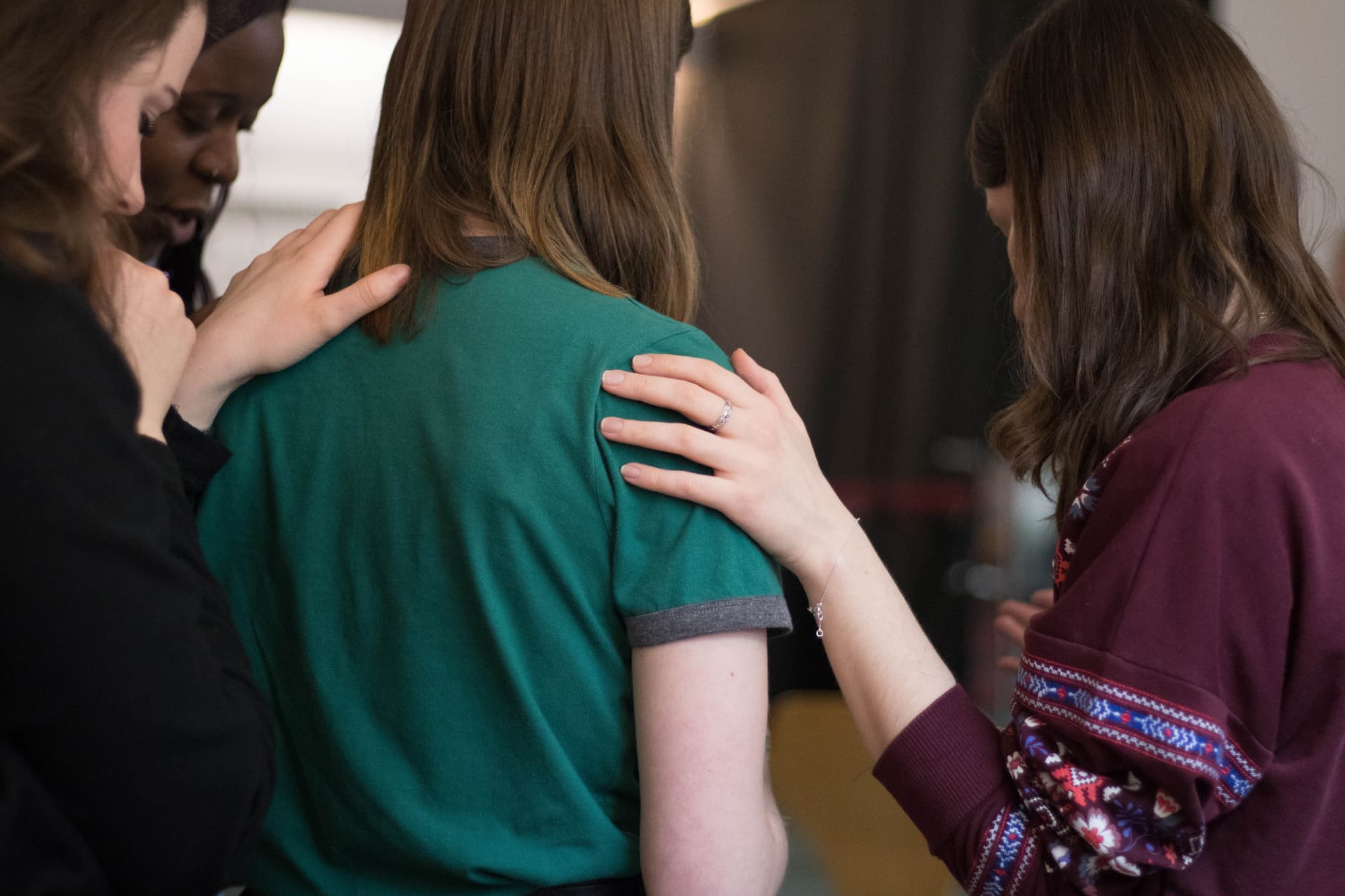 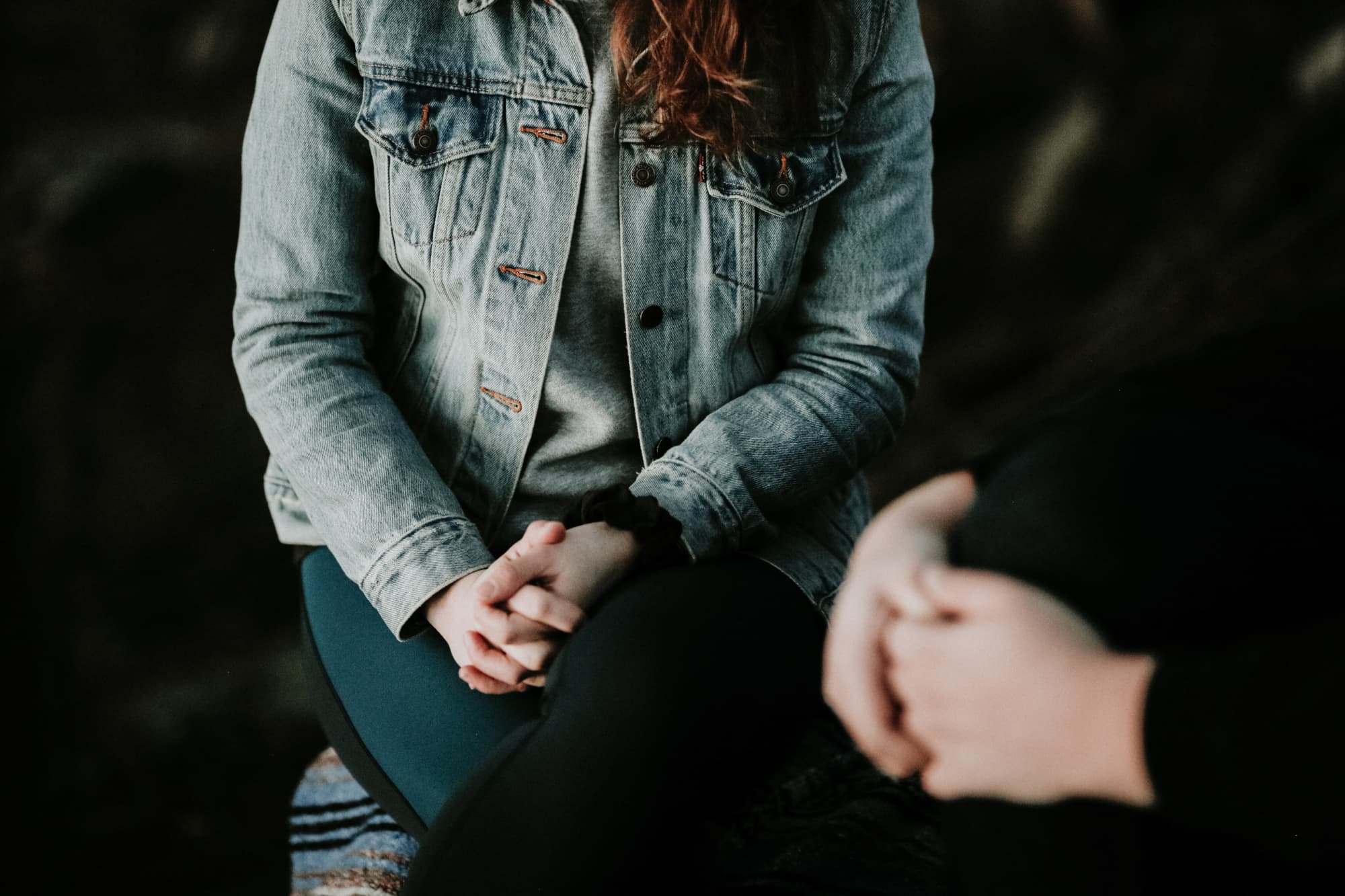 Examining the Effectiveness of the Maudsley Approach to Treatment for Anorexia
The Maudsley family-based treatment approach was developed by psychiatrists and psychologists at the... 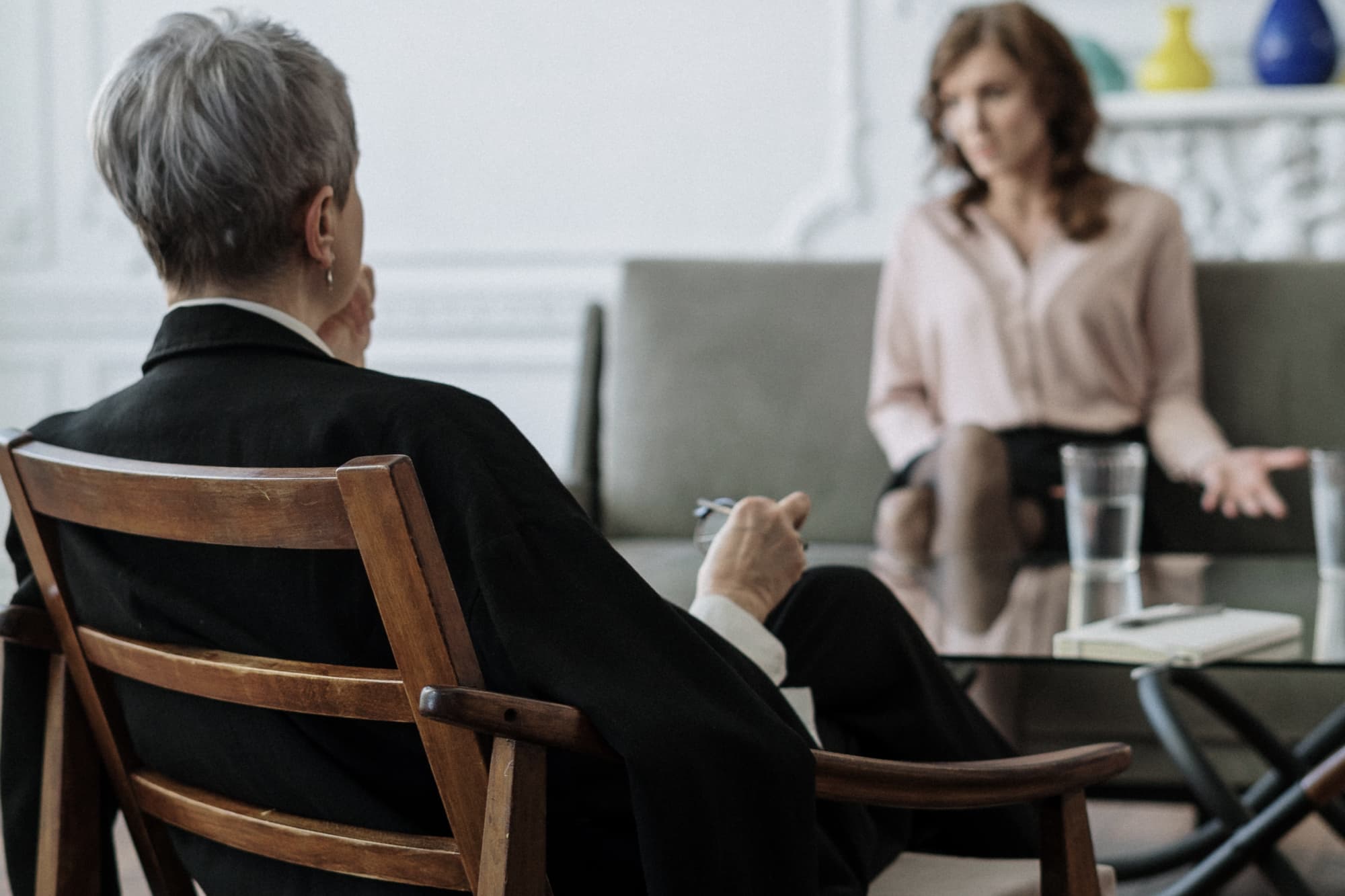