“Pregorexia” refers to a very real and serious issue: women struggling with eating disorders while pregnant. Pregorexia symptoms can be dangerous, but treatment is available. 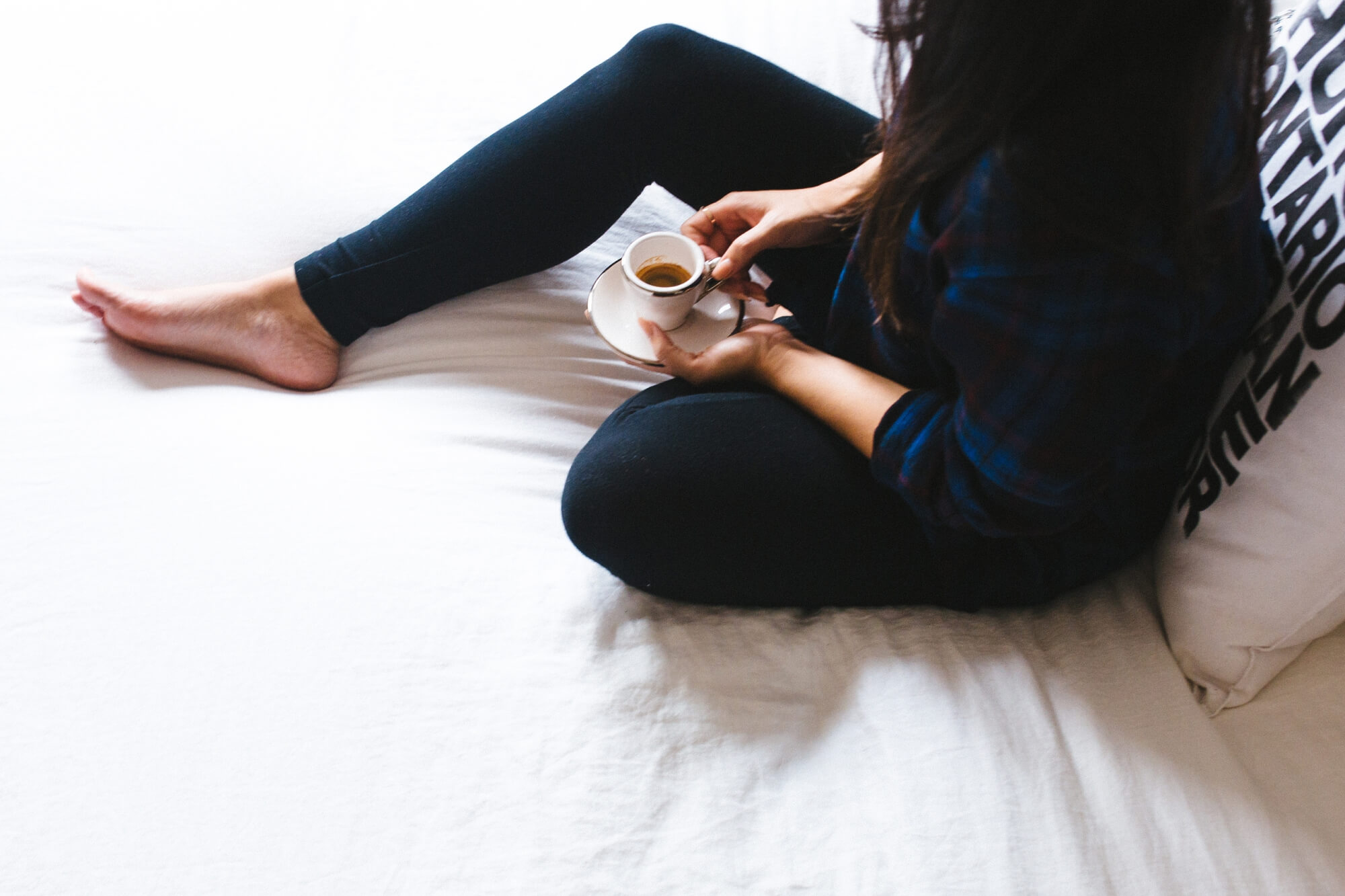 When to Get Help for Pregorexia

A combination of “pregnant” and “anorexia,” pregorexia can present as any type of eating disorder a pregnant woman may be struggling with. While the diagnosis has yet to be added to the DSM—the manual listing all officially designated mental health conditions—scientists and doctors are beginning to take a closer look at the disorder and its signs and symptoms.

Officially, “signs” of any disorder refer to the effects that can be outwardly observed, whether by a medical test or the observation of doctors, friends or family. Because it combines two very complex conditions—pregnancy and eating disorders—pregorexia has many outwardly detectable signs.

There are many physical signs of pregorexia, since the condition involves disordered eating at a time when proper nutrition plays such a critical role. Inadequate nutrition and nourishment during this time can result in serious physical issues for both expectant mothers and their unborn babies.

Restricting food intake is a classic sign of many eating disorders that can also be seen in women struggling with pregorexia.

When the condition was first brought to light in a 2004 report for New York Magazine, a poll found as many as 21% of respondents engaging in “weight-restrictive” behavior while pregnant, including limiting food intake. (1) Anecdotes in this report noted that pregnant women restricted their food intake to resist gaining weight.

Many women naturally experience nausea, referred to as morning sickness, during pregnancy, especially during the first trimester. But women struggling with pregorexia may also purge on purpose.

While no statistics or studies have officially connected the two behaviors, intentional purging while pregnant was also anecdotally reported in the 2004 story. And  experts have noted that a history of eating disorders could lead to disordered eating while pregnant. (2)

A big sign of pregorexia is not gaining enough weight while pregnant.

Official weight gain recommendations are extremely personal and dependent on a number of associated factors, but it’s crucial for all women to gain at least some weight while pregnant. Yet, according to a 2003 study, more than 30% of pregnant women came in under their recommended weight target. (3)

This doesn’t mean all these women struggled with pregorexia. There can be many reasons why a woman may have trouble putting on weight while pregnant. But this sign often indicates some type of disordered eating.

Emotional and Behavioral Signs of Pregorexia

In addition to physical signs of an illness, emotional and behavioral signs accompany every condition, including pregorexia.

One of the most common signs of pregorexia is compulsive calorie counting. This can entail an excessive focus on calories in individual foods or meals, or restricting to a certain number of calories overall per day.

Many women have reported the urge to control calories as a reaction to weight gain in early pregnancy. (1,2)

An excessive workout routine while pregnant could look like an unwillingness to modify or give up previous, more rigorous routines. (5) It could also manifest as women exercising to the point of exhaustion, or exercising every day, regardless of how they feel.

With binge eating disorder, compulsive eating, and bulimia, eating alone or developing secretive eating behavior often signifies a number of anxieties around food and physical appearance. This is likely also the case with pregorexia, though much more clinical research on the subject is needed.

Doctor’s appointments are extremely important throughout the course of pregnancy to track both baby and mother’s growth and well-being.

But many women with pregorexia may avoid their doctor’s appointments or have excessive anxiety about going, for a number of reasons. (5) In anecdotal research, some women reported feeling “triggered” by getting weighed at these appointments. (2) And some emotional symptoms of pregorexia may also be at play (see below).

Pregnancy and eating disorders both have many physical symptoms.

A common symptom of both eating disorders and pregnancy, chronic fatigue is also a common pregorexia symptom. (5)

The issue can stem from a number of factors, both physical and psychological. But for someone who may have pregorexia, chronic fatigue likely results from excessive exercise routines, or an unbalanced diet or limited nutritional intake.

Dizziness, mental fuzziness, and even blackouts are other symptoms common to both pregnancy and many eating disorders, due to low electrolyte levels and dehydration. (5)

Pregnant women can have a harder time with gastrointestinal issues, as the unborn baby grows. And women struggling with pregorexia may have an especially difficult time with many of these issues—including bloating, gassiness, acid reflux, and constipation.

Emotional and Behavioral Symptoms of Pregorexia

While the physical symptoms of pregorexia can be troubling to the individual experiencing them, the emotional and behavioral symptoms of the disorder likely have the most harmful impact.

Shame or Guilt About Weight Gain

Perhaps the most commonly cited emotional symptom of pregorexia is the shame and guilt associated with gaining weight during pregnancy, despite knowing that weight gain  is natural and even necessary. (1,2)

Another common pregorexia symptom is an overall preoccupation with weight during pregnancy. (5)

When outwardly presented, this could look like the act of weighing yourself daily or several times a day, or just a general fixation on how much someone weighs or the weight gained during pregnancy. This preoccupation also contributes to  the disordered eating behaviors of pregorexia.

Another troubling pregorexia symptom is a feeling of detachment from either the experience of being pregnant or the growing baby inside. (5,2,1)

This means women may not acknowledge their pregnancy often or at all, may not express joy or other positive sentiments about their situation, or may even skip doctor’s appointments. This could be due to feelings of anxiety or depression as their bodies grow bigger to accommodate the growing baby.

Pregorexia can also be experienced as orthorexia nervosa. In these cases, pregnant women are overly concerned about the health or “purity” of their diet, fixating on eating only the healthiest, “most appropriate,” “clean,” or organic foods possible. They may also be obsessive about meal routines and eating habits.

Many people struggling with orthorexia nervosa have the best intentions when it comes to eating.. But the condition can quickly spiral, leading to overly-rigid rules and routines surrounding food—and a lot  of stress when they’re breached. Orthorexia nervosa can also lead to a highly restrictive diet, which can bring on nutritional deficiencies that may be especially dangerous for both pregnant women and developing fetuses.

When to Get Help for Pregorexia

Without enough nutrients and calories to nourish the body at this time, there’s a higher risk for low birth weight, which can result in  problems that include difficulty in breastfeeding, an increased risk for illness, and developmental delays. (4)

Not gaining enough weight during pregnancy also increases risk of a premature birth, and the many complications  that can result. (6)

Finding compassionate care from treatment providers for eating disorders like pregorexia can be challenging, but we are here to help. At Within Health our clinical care team has created a revolutionary virtual treatment program for anyone with an eating disorder. Our clinical care team will help build a program tailored to your needs, and will provide you with support throughout your treatment, and recovery. If you’d like to learn more about our virtual care program for pregorexia, call our admissions team now. 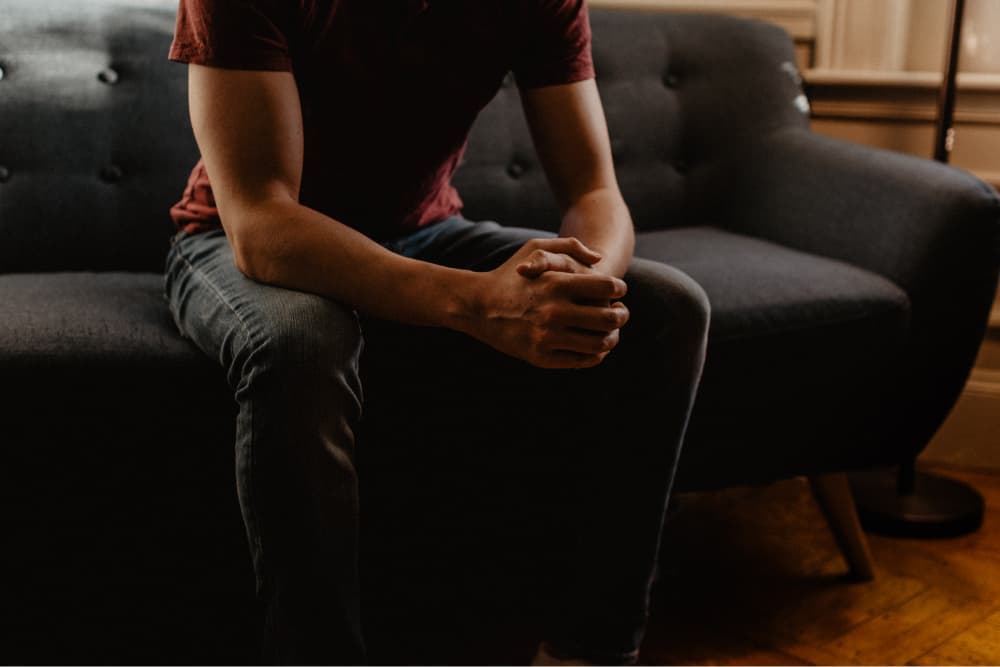 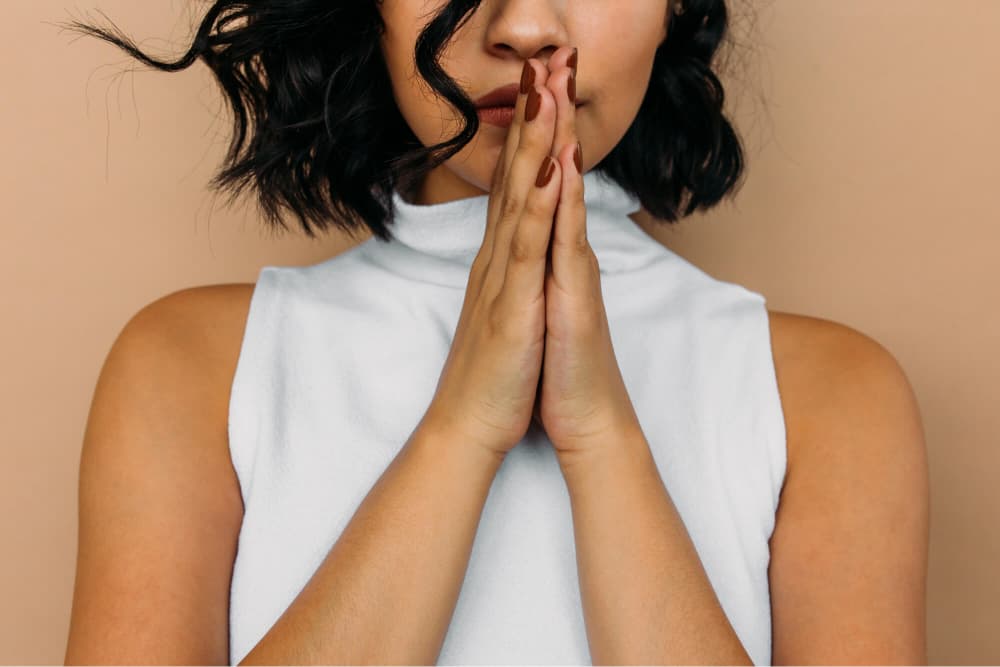 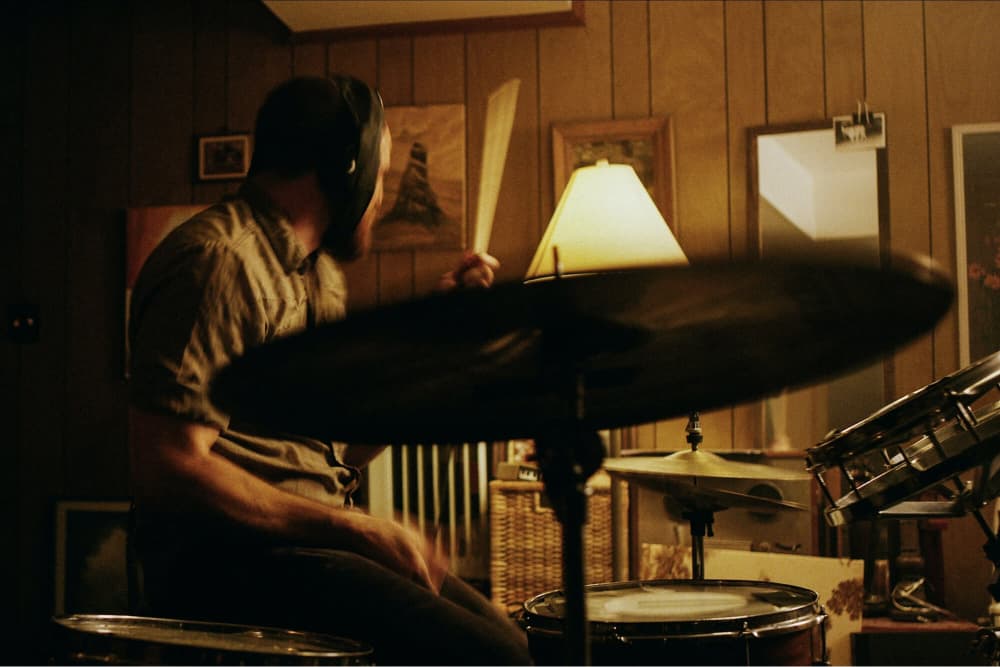 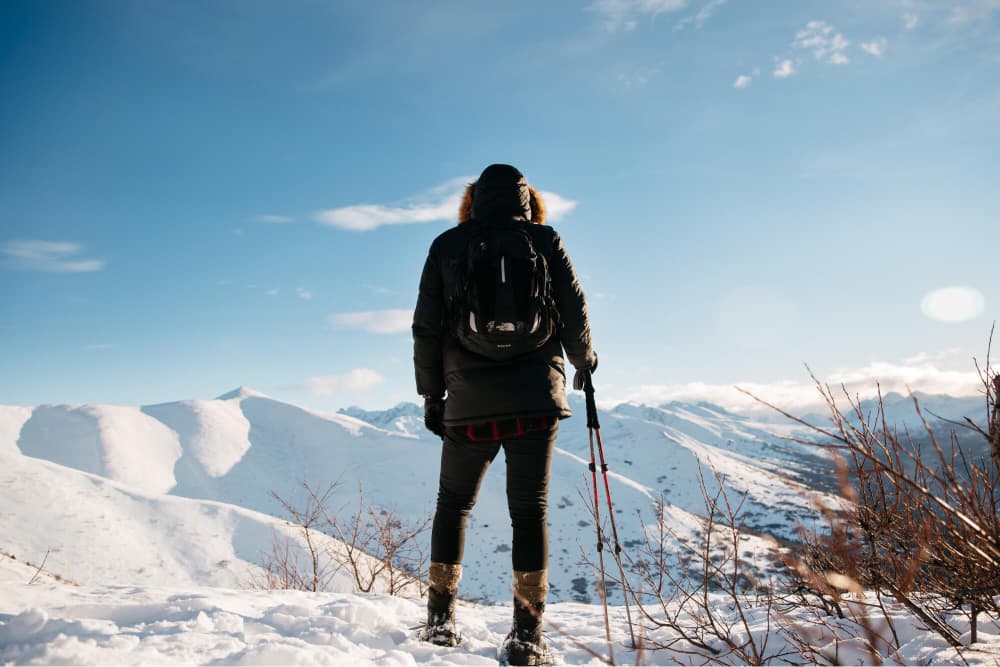 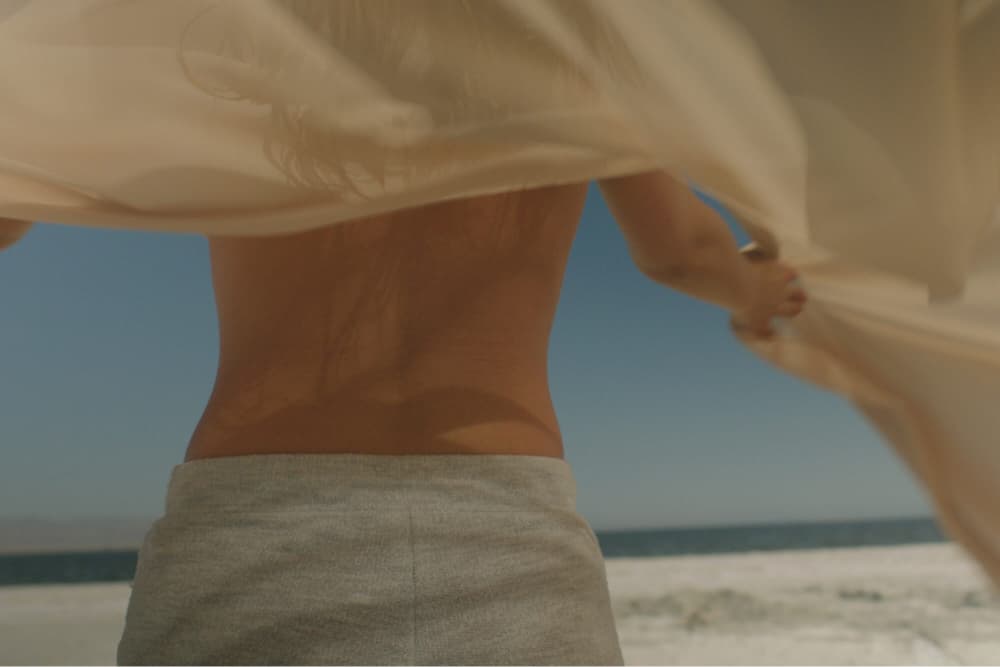 Signs and Symptoms of Diabulimia 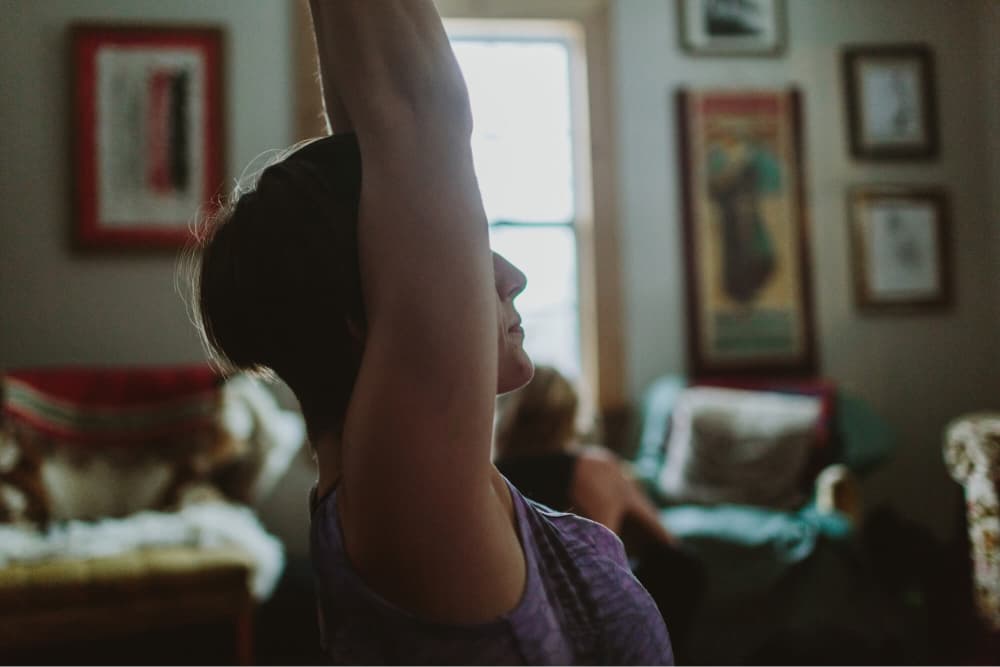 Signs and Symptoms of Compulsive “Overeating” 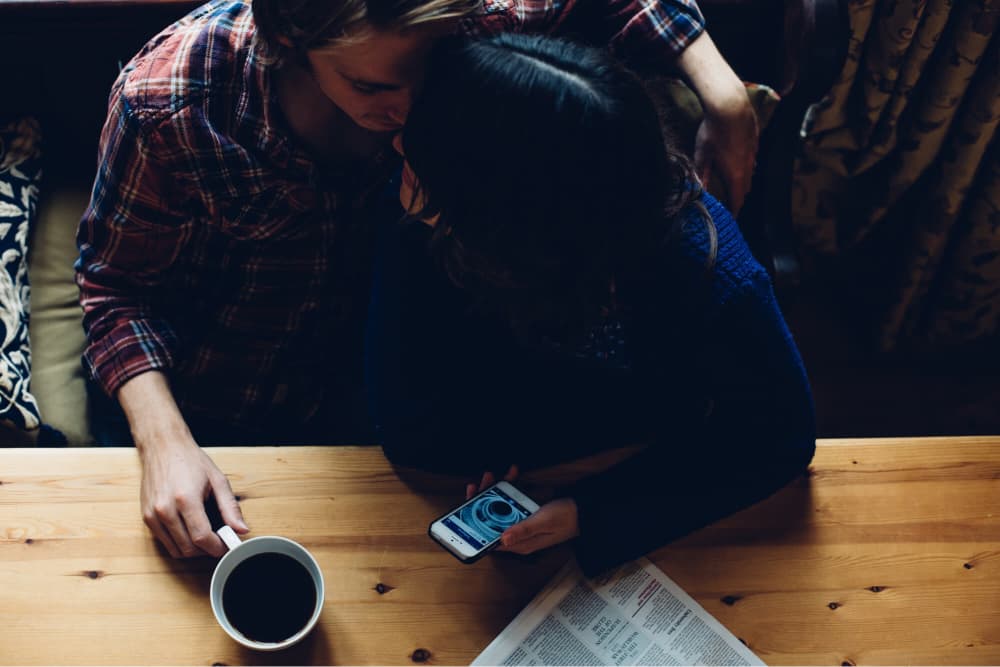 Signs and Symptoms of Bulimia Nervosa 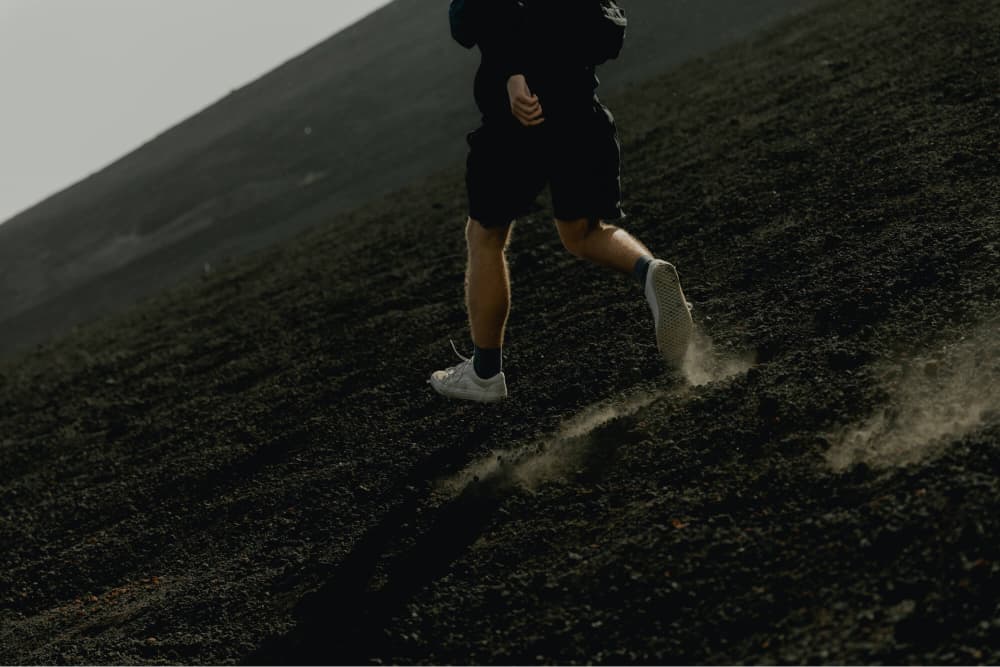 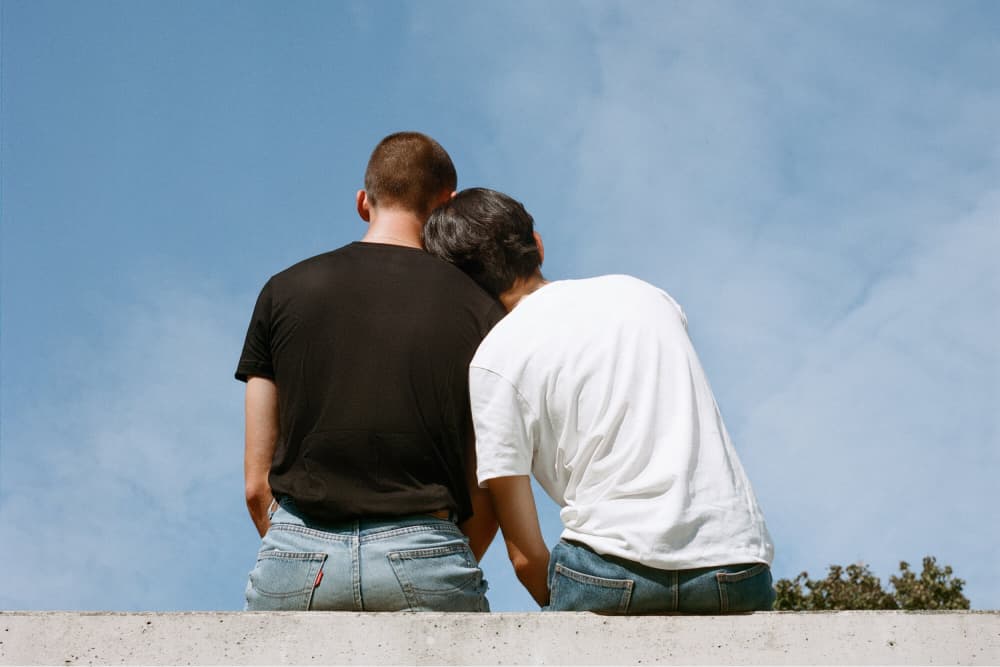 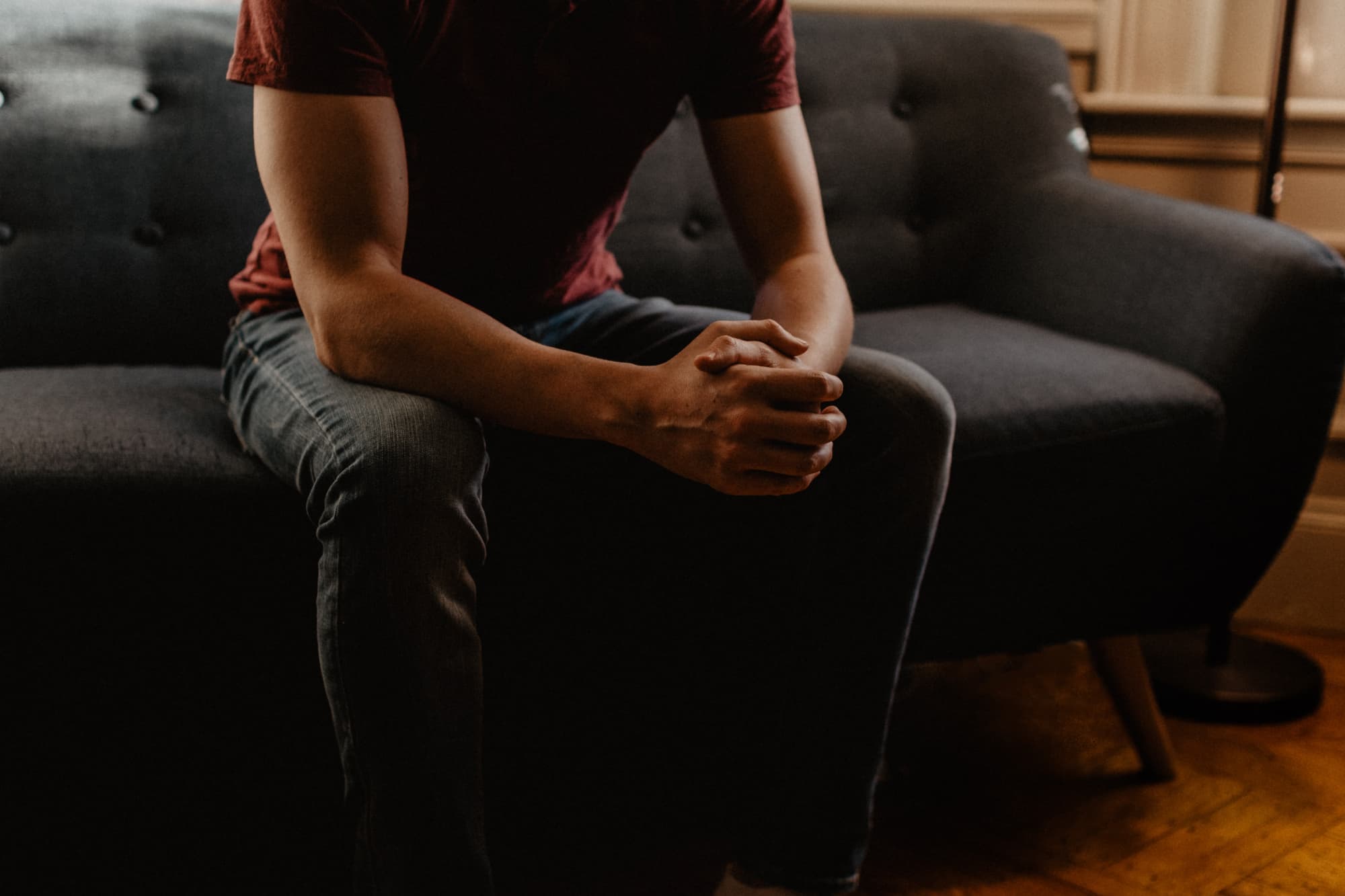 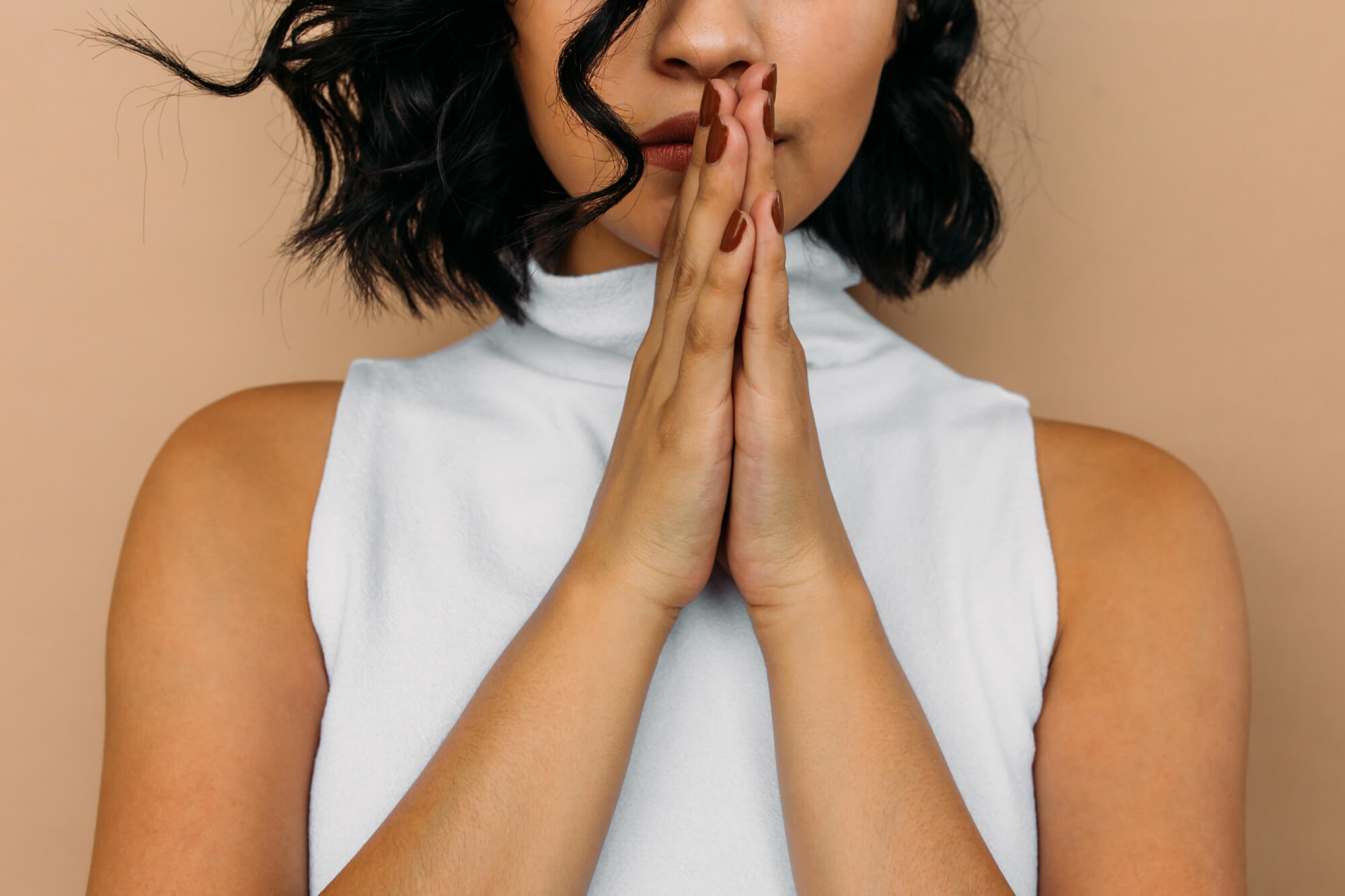 Signs and Symptoms of Orthorexia Nervosa
Being mindful of what you eat can be a good thing. But being obsessed with the nutritional quality of what... 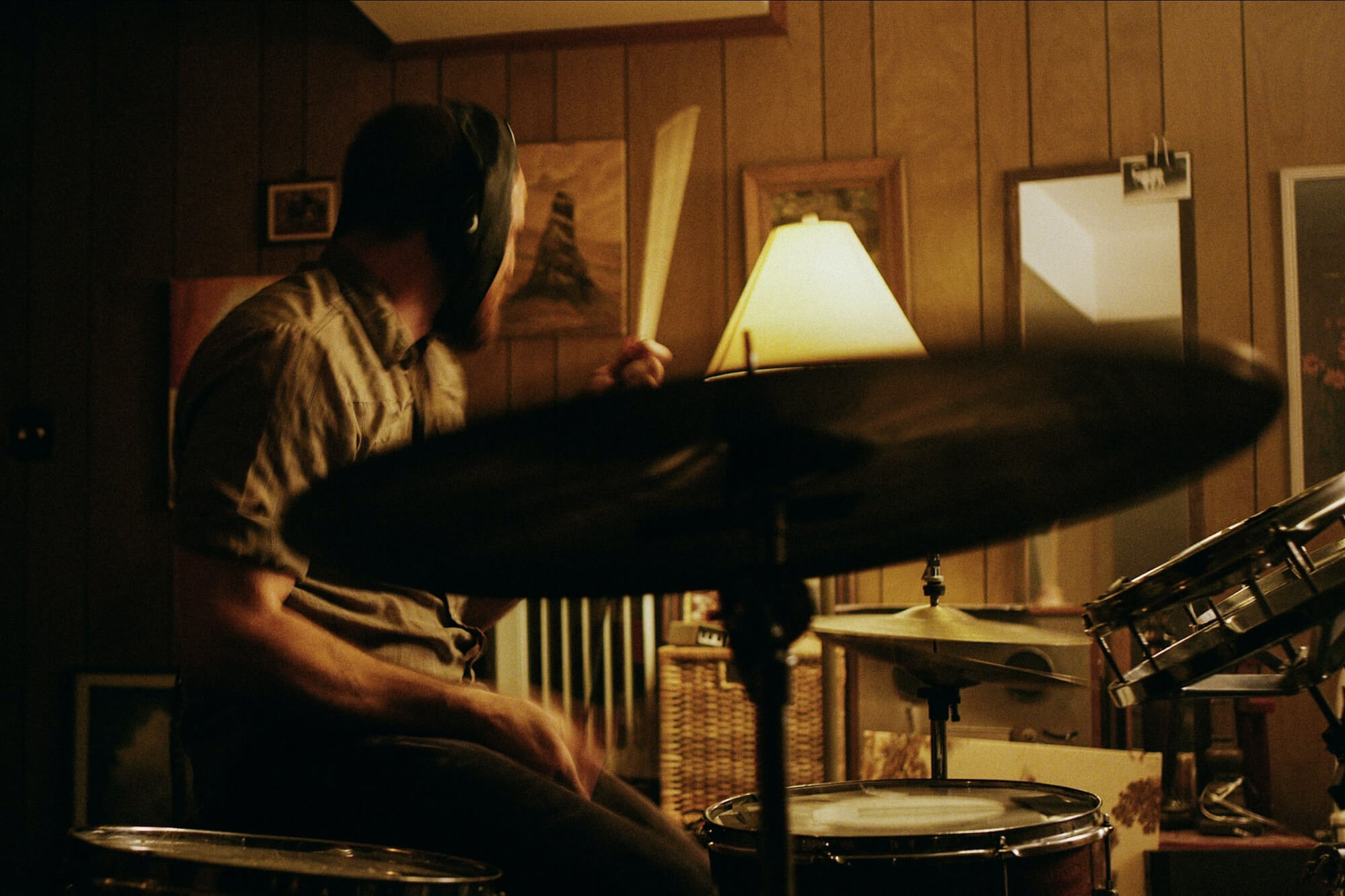 Signs and Symptoms of Night Eating Syndrome
Night eating syndrome (NES) is a condition where a person primarily eats at night. The eating disorder is...