For those who struggle with ARFID, eating seems like a chore and not something to be enjoyed or satisfy hunger. Sometimes they grapple with eating specific food due to texture or consistency. Others don't want to eat anything due to their feelings about all food. 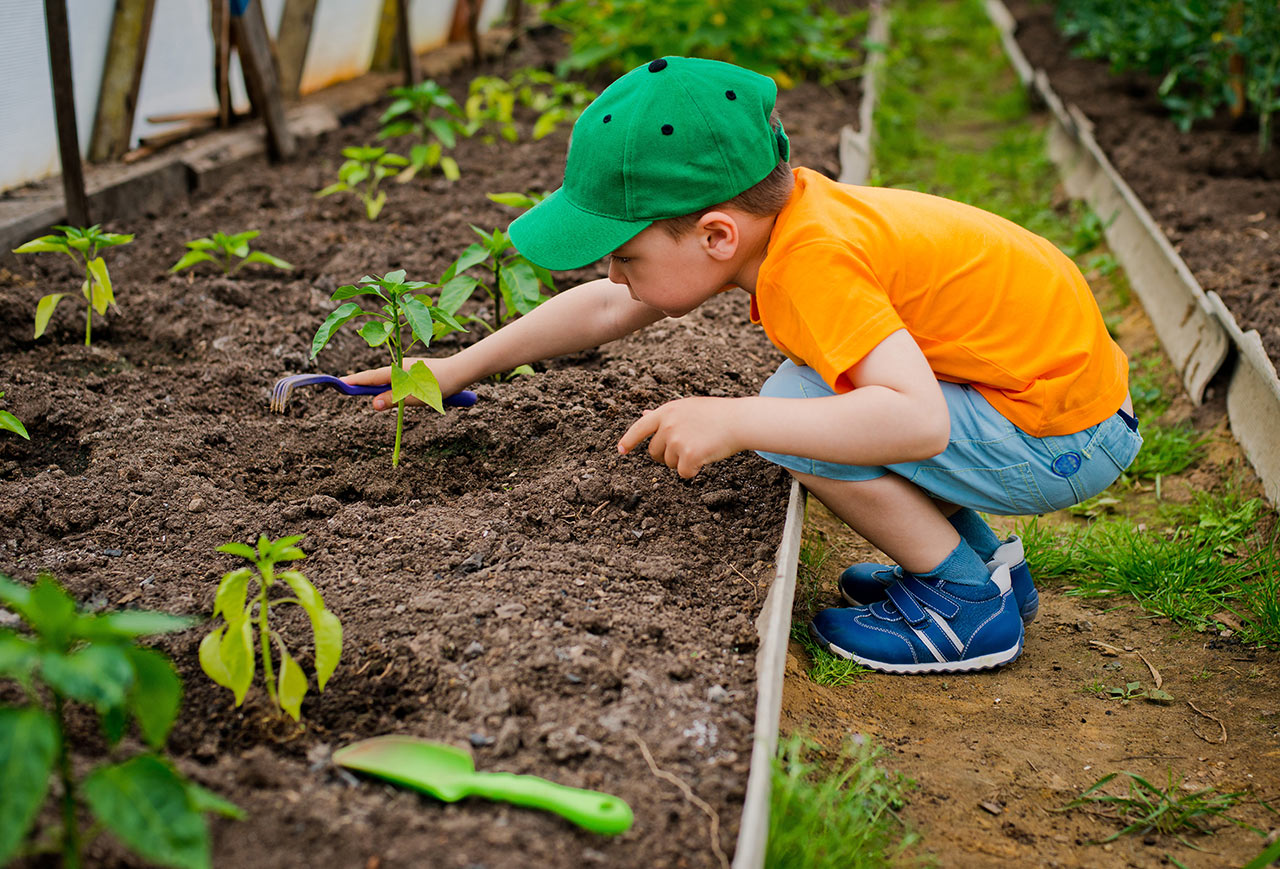 Avoidant restrictive food intake disorder, or ARFID, is an eating disorder that involves consuming less food than what is needed for proper body health, maintenance, and development.

ARFID presents similarly to anorexia in avoiding food intake; however, it does not include anxieties about body weight or size in most cases. Those with ARFID limit their food intake because of negative psychological associations with eating and particular kinds of food.

ARFID can present in children, resulting in improper growth, and in adults, presenting in a breakdown of the body’s organs due to lack of proper nutrition. (13) These strong feelings about food can cause nutritional deficiencies and physical problems like anxiety and depression.

For example, when a person grows up disliking foods like fruit or vegetables because they don’t like them raw because they crunch while they eat them. The person with ARFID also won’t eat them cooked because it changes the taste or consistency. As these patients get older, these feelings don’t change.

Furthermore, ARFID affects adult populations as well. This disordered eating pattern usually occurs when patients don’t establish healthy dietary practices during early development. These patients will then carry this disorder throughout their lifetime if left untreated.

Individuals with ARFID eat very little or avoid eating certain foods. However, they do not have a distorted body image like anorexia nervosa and are not preoccupied with their weight like bulimia. That can make diagnosing this eating disorder difficult for clinicians. (2)

A person with avoidant restrictive food intake disorder has a feeding problem that results in them not receiving adequate nutrition. Children, adolescents, and adults who have symptoms of ARFID need to meet specific guidelines outlined in the DSM-5. (1)

Medical professionals use different tools to determine if the symptoms a person experiences match distinct conditions.

Medical providers might need to conduct screenings and assessments using lab tests with other medical techniques for them to come up with consistent diagnoses that rule out possible alternatives.

Knowing how to spot the signs and risk factors of ARFID can help a person determine whether they or a loved one needs medical attention.

Here are some of the signs and symptoms of ARFID: (6)

Many people have food preferences, but if a person avoids a wide variety of foods throughout their lifetime, they may require medical intervention or treatment. (7) The significant effects of ARFID can be acute or chronic and may include both short and long-term effects:

ARFID is common in clinical settings and is associated with high levels of physical and psychological comorbidity. It has a significant impact on physical health and psychosocial behaviors. (9)

ARFID is closely associated with anxiety, stress, and depression. Also, it is common for a person with ARFID to have experienced some form of trauma associated with eating, such as choking. (10)

For that reason, proper support and treatment for co-occurring disorders are effective treatment methods for those struggling with ARFID.

ARFID is a complex disorder that affects both physical and mental health. When a person seeks treatment for ARFID, their care team must create an individualized treatment plan to support the person's unique medical, nutritional, and psychological well-being.

The treatment for avoidant restrictive food intake disorder concentrates on boosting nutrition and feelings management about food. Treatment specialists will help the person with ARFID create healthier relationships with food so they may live a healthier life.

Several therapies can help reduce how often a person engages in the disordered eating behaviors associated with ARFID. These include:

Often, patients with ARFID will meet with a dietician. During these sessions, a nutritionist will construct a personalized meal plan for the patient. The dietician will work with medical personnel and treatment specialists about the patient’s specific medical and treatment needs. (11)

The FDA has not approved any medications for the treatment of ARFID. However, doctors will prescribe supplements to improve the malnutrition associated with this disorder.

When trying to understand eating disorders like avoidant restrictive food intake disorder, listening with an open, compassionate mind free of judgment will offer the most support. ARFID is so much more than picky eating, and should not be something scolded, or shamed when it presents in children or adults.

Often, the causes of eating disorders like ARFID are complex and closely linked to underlying mental health conditions that require specialized treatment for recovery. Someone presenting with ARFID may also be experiencing a variety of co-occurring disorders that expand far beyond someone simply not liking a particular food.

The longer a patient experiences ARFID without treatment, the more at risk they are for significant, lasting health issues. Therefore, people are encouraged to seek treatment if they have any concerns that they or someone they love may have ARFID.

Avoidant restrictive food intake disorder is a form of disordered eating that typically presents during childhood.

An example of ARFID in children may be the refusal to eat certain foods or those with colors, consistencies, and odors they don't like, but this may be hard to distinguish from children who are simply picky eaters. Children with AFRID will have developmental delays due to a lack of proper nutrition. In contrast, picky eaters will generally have healthy development as they consume enough food for their age category.

People with ARFID don't eat because they lose interest in food or think it is harmful. Color, odor, and/or consistency can also explain why people struggling with this disorder avoid eating. (3)

People with ARFID may struggle to be part of social activities and maintain relationships due to their eating problems. These are just a few of the issues surrounding this eating disorder.

Before 2013, an ARFID diagnosis was known as either "selective eating disorder" or "feeding disorder of infancy or early childhood." Before the publication of DSM-5, this diagnosis was restricted to only those six years and under. (4)

However, later findings discovered that adults also struggle with avoidant restrictive food intake disorder. Further studies show that behavioral patterns of adult ARFID patients somewhat differ from those of pediatric patients. (5) These findings were the catalyst for reclassifying this disorder.

Unlike well-known eating disorders like anorexia nervosa or bulimia nervosa, ARFID does not seem to have any significant representation in pop culture. People often associate this disorder with a person just being picky, and they feel that children will outgrow this "phase” leading to many children not receiving proper treatment for their condition.

The lack of general awareness in society about this condition aids in the stigmatization and misinformation about ARFID. Without treatment, a person doesn't simply outgrow this condition, and it is much more complicated than a childhood phase.

How can a person help someone with a restrictive eating disorder? Start by opening up an avenue for conversation where you genuinely listen to their feelings without judgment.

Many ARFID sufferers struggle in their relationships and often feel isolated because of their illness. (11) Due to fear of judgment and shame, people and children with ARFID suffer in silence without support for any of the conditions associated with ARFID, like nutritional deficiencies, anxiety, depression, or the trauma that may have led to their negative feelings about food.

People with ARFID generally experience extreme anxiety and distress around mealtime. Remaining supportive throughout every step taken towards progress is critical to recovery, no matter how small those steps may be.

Try to understand that everyone has a different body shape and size that is deserving of care and love regardless of what number presents on the scale or their specific challenges around food.

The compassionate care team at Within Health is ready to help you or someone you love build a healthy relationship with food and your body. Call our admissions team today to start healing from ARFID.

What kind of eating challenges do people with ARFID have?

The challenges those who suffer with ARFID face include avoiding foods based on color, texture or smell. (2) Those with ARFID often eat at a slow pace and their appetite appears to be small. For this reason, ARFID sufferers will avoid eating in social or public settings.

Do I have ARFID if I’m a picky eater?

Not necessarily. ARFID involves picky eating, but many people have food preferences that do not present because of an eating disorder. However, if you believe your picky eating is rooted in deeper impulses about food or is causing you to not receive enough nutrition daily, you may want to speak to a nutritionist or physician about ARFID. 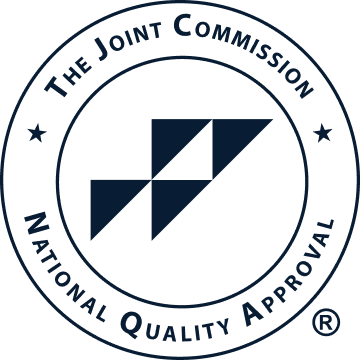